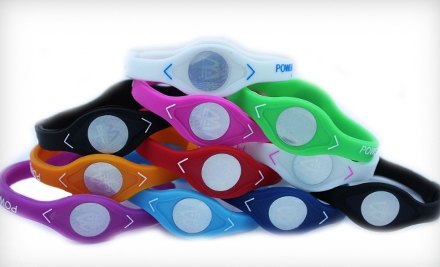 A big pile of scam (image used under Fair Use)

I’ve been a fan of Groupon, from a consumer perspective, since it first launched. While I haven’t been buying many of their deals I’ve been monitoring each new city as I travel to see if I can find some good local deals. Yesterday I was disturbed when I found the deal for San Diego was forÂ Harmony Balance-Bands. You may have heard of these scam products, a rubber bracelet with a hologram stuck on it. The companies promoting these products all claim they improve your balance, with Harmony Balance-Bands stacking on some additional pseudoscientific claims.Â The fact is these are nothing more than a $0.10 bracelet made in China. They have no special powers. They don’t improve your balance. The demonstration many of the companies use has been thoroughly debunked. ESPN also showed they do nothing. The biggest promotor, PowerBalance, admitted they do nothing and refunded customers. One group in Australia stepped up and created Placebo Bands, inexpensive knockoffs that clearly show how they are nothing more than a placebo.

With the facts about this product well-established, I was surprised when I saw Groupon promoting it. Promoting a scam tarnishes their brand. Of course they’re making money from the suckers that buy the product, so perhaps they feel the money they make is worth the brand damage. When I saw the number 2 in the URL I realized this isn’t the first time Groupon has promoted this scam. It was also promoted in Toronto a week prior, selling 3,306 bands at $15 CAD each. Assuming Groupon is taking 50%, that’s a cool $24,795 CAD! Combining that with the money from the San Diego sale, they’re well over $30,000.

I decided to contact Groupon to request they take down this scam product. I left two comments on the deal page and send a comment on Twitter. The deal page comments were moderated and never showed up. We wouldn’t want the public to know the product is a scam would we? They might not purchase it. They responded on Twitter to email support@groupon.com, which I promptly did. I received a generic response that basically said if I didn’t like it, wait for the next deal. This clearly indicates to me that Groupon doesn’t care the product is a scam, the money is just too good.

I’m sick and tired of these pseudoscientifc scams being pulled on the unknowing public. I’ve filed a complaint with the FTC against Pro Peptides Inc (the company behind the bands) and Groupon Inc. I doubt it will be investigated but I can always be hopeful. I urge you to also complain to Groupon through Twitter, email and leave comments on the deal site.

Edit 2: Now, almost five years later (June 1, 2016), I’ve been forced to revisit this post.Â Justin Crabbe, the person who sold the Harmony Balance-Bands, has issued a DMCA takedown notice. One of his customers posted a support email response signed by Crabbe detailing how to order directly from him. Apparently he didn’t like it being posted here and wanted it taken down. It has been removed temporarily but will almost certainly be back in a new blog post about Justin Crabbe, his current company, Powerhouse Internet Marketing, Fair Use and anti-SLAPP laws.