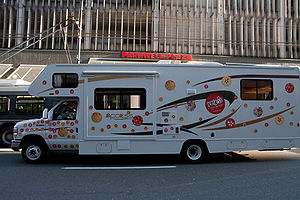 Early this year I made the decision to travel more. I was rarely leaving Rochester and when I did I still stayed within the confines of the northeast. I needed an escape. To fill this wanderlust I committed to traveling outside my city every month. This was made possible when I left my job to take on freelancing full time.

From February to May I took mostly weekend trips. Things fell into place around April. I realized my lease would end in May and that I’d be attending two conferences and speaking at one in June. I also wanted to check out Austin, TX as a new place to live. So why not leave Rochester and travel for a while? I had already done the research into costs and knew it wouldn’t be much more than my current living expenses (hostels + public transport = rent + car). So I decided to get rid of nearly everything I owned, keeping only a backpack of stuff, and hit the road.

Fast forward to today, almost two months later. I’ve stayed in eight cities and towns, including Sydney and Melbourne Australia. Originally I thought I’d settle into a new place in Austin at the beginning of August. After month I knew this is how I want to live. I’ve extended my plans through August to include DEFCON in Vegas and then on to San Diego. More about my future travels later.

Work On The Road

I’ve been working on projects the whole time, balancing life between work, exploring, and fun. Most of the time I’ve worked from whichever hostel I was at, with a few coffee shops thrown in. I’ve spent a few daysÂ coworkingÂ but that just hasn’t cut it. Before traveling I had been working at Coworking Rochester. I miss working next to peers and friends, helping one another and discussing important topics such asÂ caffeinatedÂ cakes and why I love to hate Apple despite owning thousands of dollars of their products.

Around this same time I decided I wanted to get a motorhome/RV to live in and travel around the US and Canada. Suddenly it hit me: cross country coworking. There must be others who feel the same as me, other freelances, consultants, and locationÂ independentÂ workers who’d like to travel while they work. This could also be great for a small startup, allowing them to work closely together and have an experience like no other. So why not travel together, forming a mobile coworking space?

The idea is simple: buy an affordable RV/motorhome, equip it with your regular coworking amenities, and hit the road. Everyone takes turns driving, slowly making our way between cities, national parks, conferences, whatever. Visit startups and investors, network, attend meetups, check out new stationary coworking spaces. My back of the napkin calculations say this can be very affordable, not much more than the cost of a hostel in a big city. Food can be made on board and bicycles can be carried for free on location transportation. If we got reallyÂ ambitiousÂ we could tow a car, but maybe that’s for version 1.0.

See the country and cowork for about the same cost as your current living expenses. Interested? Send me an email, dan at driver dan dot com. Leave comments and ideas below.